10 Most Trustworthy Companies of the Year 2022 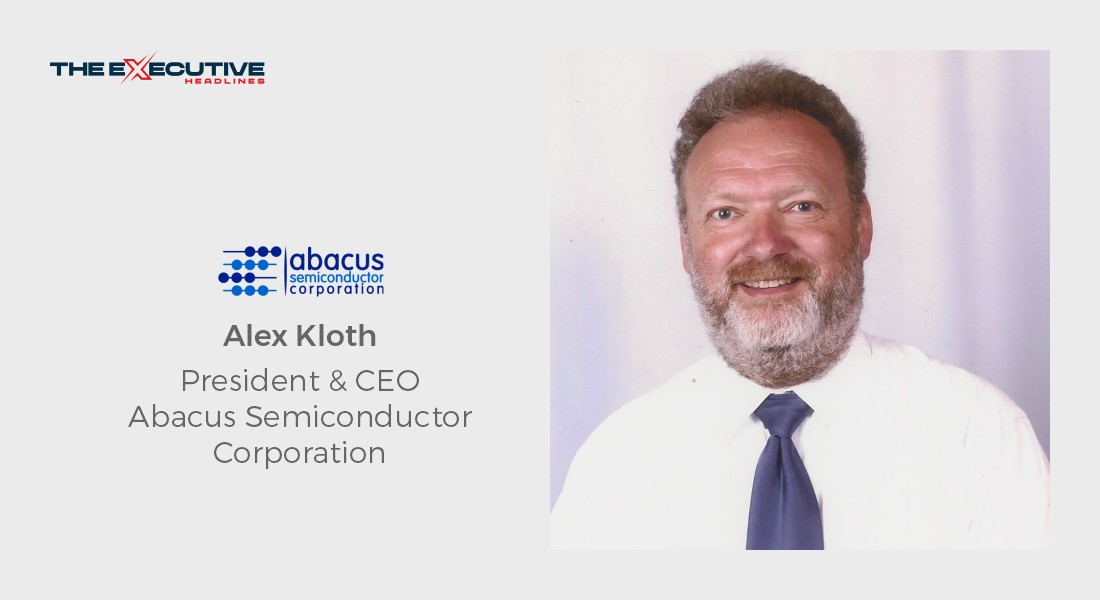 In 2020, Axel Kloth (President and CEO) established (ASC) with a mission to improve the cost, performance and security, optimizing supercomputers to address the computational challenges faced by the world. The company is rethinking the use of processors, accelerators and high-performance, high-density memories for all HPC applications, including traditional HPC and Big Data as well as in-memory databases.

Abacus Semiconductor Corporation is a fabless semiconductor company. Like Apple, AMD and nVidia, it designs and engineers the products, but does not manufacture them. This allows the company to focus investment on truly differentiated technology without replicating proven process technology available in the global wafer foundry industry. Customers immediately recognize the impact that Abacus’s new system architecture will have on their products, in terms of performance and costs.

Abacus Semiconductor is addressing the more-than-order-of-magnitude gap between the theoretical peak performance of supercomputers and the real-life performance that current users of supercomputers experience. Supercomputers today solve large-scale problems sub-optimally. These are, among others, climate modeling, weather forecast, complex computational fluid dynamics at the transition between laminar and turbulent flows, genomics, research on pathogens and, vaccines and new pharmaceuticals, and a host of other computational problems that help solve real-life problems. However, current supercomputers often take weeks to complete a complex problem when a one-hour response time is needed.

Additionally, today’s supercomputers are built based on industry-standard commercial off-the-shelf (COTS) processors and GPGPU accelerators in COTS servers, without any regard for high-bandwidth and low-latency communication between processors, accelerators and memory. As a result, their performance does not scale out even remotely linearly over the number of cores, severely constraining supercomputing applications' performance. The existing underlying architecture is flawed and must be revised.

Novel and Unified Connection Between Processors

Abacus Semi is solving this problem by repartitioning system elements and introducing a novel and unified type of connection between processors, accelerators and memory. It rearranges processors, accelerators and memories with this novel interface to connect all of these components. For general-purpose processors, Abacus uses an open-source Instruction Set Architecture (ISA). The same processor core orchestrates the inner workings of its special-purpose accelerators for Machine Learning and traditional supercomputer applications such as those mentioned above. Making the multi-homed memory using the same unified interface smarter and faster also contributes to the performance gains.

Abacus has also incorporated cybersecurity features to secure the computer by including cryptographic accelerators for encryption, decryption and authentication. As a result, Abacus-based supercomputers will provide higher performance, lower power consumption, better scalability over the number of cores and types of accelerators, and vastly improved cybersecurity features as well as a more robust in-service upgrade capability and system availability over the competition.

Abacus is predicated on innovation. High-Performance Computing cannot thrive based on old and outdated paradigms, which is driving every executive, employee and contractor to weigh traditional methods against novel approaches for products, methods and processes. Abacus continues to use traditional methods against novel approaches only if it can be proved that a novel approach does not work as well as anticipated, and if the idea can be made to work, the company will eagerly adopt that. Moreover, Abacus challenges numerous engineering assumptions as oftentimes they impose an artificial barrier that has no foundations in physics.

Owing to its array of ground-breaking solutions, Abacus Semi has received numerous awards and accolades. The founder of the company was the first to build a combined virtually output queued switch fabric. He was also the first to have developed CML-type High-Speed Serial Link (HSSL) on bulk CMOS. In fact, the founder was also the first to develop a system that was capable of object ID and object tracking, with linear and non-linear motion detection included, at minimum latency. This level of innovation dominates Abacus’ culture.

Being an innovative company, Abacus Semi understands and builds on the fact that the traditional system architecture of supercomputers will have to change, as the scale-out is non-linear today when a linear scale-out is required. This will include more efficient utilization of processors, memories and all kinds of accelerators. The company aims to build an ecosystem around its technology by designing and engineering its own ASICs, and will further augment that by licensing out parts of its technology to ecosystem partners. With that being said, Abacus anticipates that this change will have an industry-wide impact.

Striving for a Proliferative Future

Speaking of the company’s wide range of unique offerings, Abacus has developed a large number of novel technologies that, when implemented as a whole, allow for a more than order of magnitude improvement of HPC application performance. The company has established partnerships with the respective leaders in the industry that will allow it to finish the development of its processors, accelerators and smart memories. Currently, Abacus Semi is working on licensing deals with other fabless semiconductor companies so that they will become part of the company’s ecosystem and vice versa.

The company is currently developing a processor, a memory subsystem, and a universal interface to connect future processors, accelerators and memories. Abacus is including all of its existing ecosystem partners in the definition and refinement of this interface to make sure that the company is as future-proof as needed while retaining simplicity and a small footprint when built.

Read Full Magazine: 10 Most Trustworthy Companies of the Year 2022