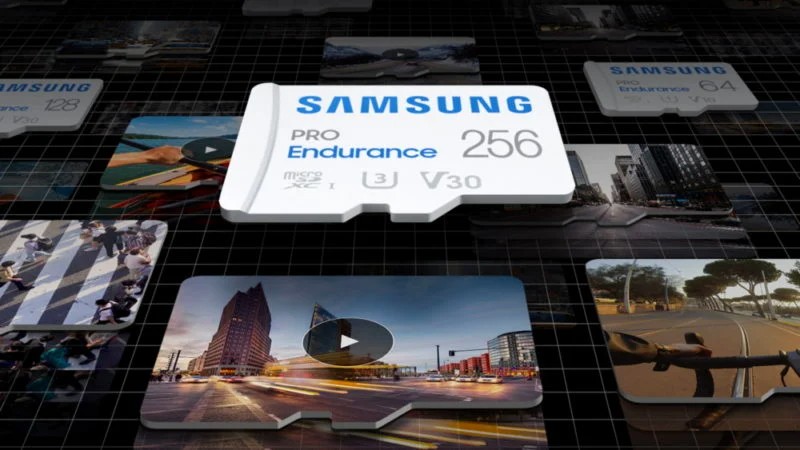 Samsung launched a brand-new upgraded series of its Pro Endurance microSD cards that are designed to record video for years at a time. The previous generation of Samsung Pro Endurance microSD cards could record up to 43,800 hours of video over the lifetime of the card, but Samsung has upgraded the new 128GB model with the ability to record up to 70,080 hours, while the 256GB model can sustain 140,160 hours of continuously recorded video. That's 16 years of video, for note.

While these could be used on a phone with expandable storage support — something our readers want to see more of — it's more important for those types of microSD cards to have very high read speeds. Instead, these cards are specifically designed for the best security cameras with local storage because they're meant to have long-term video overwritten instead of ultra-high-quality video quickly written to them. In short, one of these cards will last as long as 33 high-speed cards in a constantly-recording security camera according to Samsung.

Samsung specifically highlighted the fact that all sizes of its upgraded Pro Endurance cards are rated for U3 and V30 speeds, which means they're fully able to handle constant 1080p and 4K video recording. They've also been reinforced to withstand the elements, including protection against water, magnets, x-rays, and even extreme operating temperatures of -25c/-13f to 85c/185f degrees. That's particularly great for outdoor cameras.

Samsung is selling the 32GB card for an impressively affordable $10.99, while a 64GB version is only $14.99. Ramping up to 128GB is a bit more at $27.99, while the longest-lasting 256GB card will run $54.99. If you're looking to pick one of the new-gen models up, be sure to check the specs before buying to ensure you're getting one of the longer-lasting models.