This Is the Most Powerful Artificial Intelligence Tool in the World 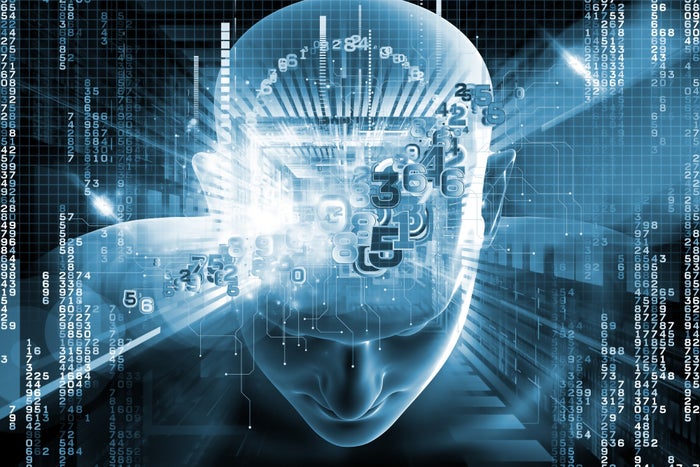 The world of artificial intelligence (AI) continues to advance to successfully respond to the great challenge it faces in the 21st century: to achieve a General Artificial Intelligence (AGI), that is, one that is capable of learning intellectual tasks as humans do.

In June 2020, the Californian company OpenAI announced GPT-2's upgrade to GPT-3 , a language model based on artificial intelligence and deep learning with cognitive capabilities. It is a technology that has generated great expectations and that has been presented as the most important and useful advance in AI in recent years.

OpenAI is a non-profit company founded by Elon Musk, co-founder and director of Tesla and SpaceX, which was born with the aim of researching and democratizing access to General Artificial Intelligence. Originally, it was a non-profit organization. However, in 2020, it became a company and partnered with Microsoft in order to achieve new advances, both in the field of language with GPT-3 models, and in the field of robotics and vision.

GPT-3 (Generative Pre-Training Transformer 3) is what is known as an autoregressive language model, which uses deep learning to produce texts that simulate human writing.

Unlike most artificial intelligence systems that are designed for a use case, this API (Application Programming Interface) provides a general-purpose "text input and output" interface, allowing users to test it. in practically any assignment in English. This tool is capable of, among other functions, generating a text on any subject that is proposed to it in the same way as a human would, programming (in HTML code) and generating ideas.

As  Nerea Luis , an expert in artificial intelligence and engineer at Sngular, says, “GPT-3 is living confirmation that the Natural Language Processing area is advancing more than ever by leaps and bounds."

“GPT-3 has aroused a lot of interest because it is one of the first systems to show the possibilities of general artificial intelligence, because it completes with surprisingly reasonable results tasks that until now required a specially built system to solve that particular task.

As for the possible applications that this tool may have, I mention the following:

Generation of different styles of texts

GPT-3 will be able to generate text for websites , social media ads, scripts , etc. In this way, with a few simple guidelines of the needs you have, GPT-3 will transform it into a precise text. In addition, you can select the type of text you need, from the most generic to the most strategic and creative.

With GPT-3 you will be able to compose emails (among other functions) by simply giving it some guidelines of what you want to say and communicate. For example, through magicemail.io, a portal where you can test the tool (there is a waiting list of about 6000 users), you can see how it works. As a Google Chrome extension, Magicemail will be installed in our Gmail.

When an email arrives, we will simply have to click on the tool to receive a phrase of what they want to tell us in the email.

GPT-3 will develop the code just by telling it how we want our landing page or website to look. Once you give us the HTML code, we will only need a "copy and paste" to have an optimal result. The tool will significantly streamline web development processes.

Chatbots  With this model, chatbots will be much more accurate, with more accurate responses, generating in the user a value of more personalized and effective attention.

Furthermore, GPT-3 could have huge implications for the way software and applications are developed in the future.

Let us remember that currently the use that is given to the GPT-3 model is mainly limited to the research community. However, it is clear that GPT-3 in the near future may create everything that has a language structure, such as: answering questions, writing essays, summarizing texts, translating, taking notes and even creating code for computers.

Therefore, GPT-3 is positioned as an artificial intelligence tool with great potential for the future. And, surely, when it is open to the public, its reach will be much more surprising.