Buy Designer Clothes for Your 3D Avatar from Meta Store 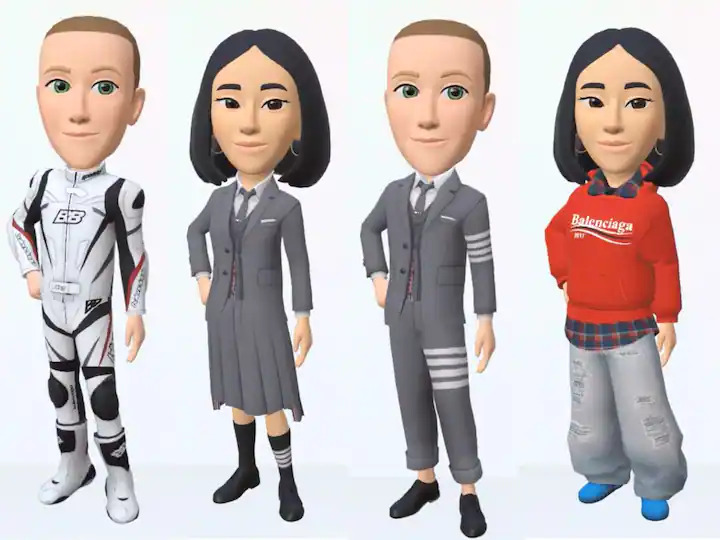 You can now buy designer clothes for your 3D Avatar from the Meta store. Selecting accessories for characters in games is a very famous thing that people like. In first-person shooter games apart from the gender and looks of the character, dressing is a very important thing for serious gamers is becoming famous not only in games but on social media.  Now you can not only customize how your Avatar looks on Facebook but also can buy clothes for it to change the outfit. The best thing is the virtual clothes you will buy for your Avatar are any ordinary clothes but designer clothes by different famous brands.

The brands that collaborated with Meta in this project first are Prada, Balenciaga, and Thom Browne. The online store of digital clothes can be used by Facebook, Instagram, and Messenger users. Via these stores, you can buy designer clothes for Your 3D Avatar. The types of dresses available for now are motocross outfits, a logo hoodie, and suits. More brands will be introduced soon, Meta CEO Mark Zuckerberg said. According to him, "Digital goods will be an important way to express yourself in the metaverse and a big driver of the creative economy,”

In the beginning, Meta will launch the Avatars Store for users in the US, Canada, Thailand, and Mexico. The funny thing is that people will have to pay real money to buy virtual clothes for their virtual Avatars. We can expect that the virtual version of the cloth will be less expensive than the real one.

As people will have to buy clothes by paying real money for Virtual Avatars, some are against it and are speaking against it on Twitter. One person wrote, “Boycott Prada, BALENCIAGA, ThomBrowne for entering such a stupid partnership with such a stupid company." Another person wrote, “Sadly this shit will do more to get people to move on to this. [Redacted] love decorating things that aren’t real."