McDonald's new branding in Russia is about to be launched 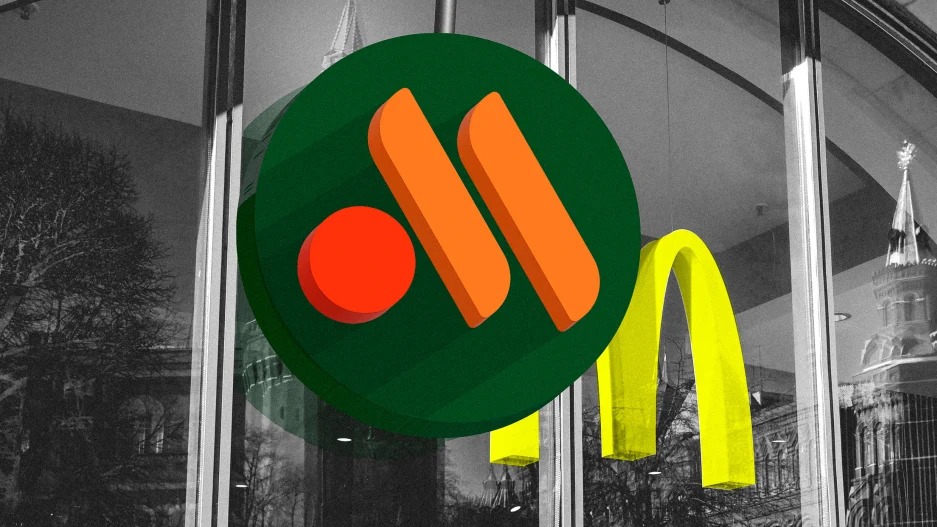 McDonald's is going to make a renewed arrival in Russia with its new branding and a new logo.
McDonald's iconic 'Golden Arches' have been removed from sites in Moscow and St Petersburg,
where they will make way for a new logo comprising two fries and a hamburger patty against a
green background. The new name of the brand is kept secret but according to some sources the
new name will be 'My Burger' as the company's app's name changed into 'My Burger' on Friday.
A motto on the app's home page read: "Some things are changing, but stable work is here to
stay."

In the early 1990s McDonald's came to the Soviet Union and became a vehicle for millions of
Russians to sample American food and culture. The brand's exit is now a powerful symbol of
how Russia and the West are once again turning their backs on each other. The relaunch will
begin on Russia Day, a patriotic holiday for the Russians (country's independence). The relaunch
will take place in the same flagship location in Moscow's Pushkin Square where McDonald's
first opened in Russia in January 1990

At 15 locations in Moscow and the surrounding region the restaurants of McDonald's will be
reopened in the beginning. But the company has a plan to expand the new brand to 1,000
locations across the country and reopen all the chain's restaurants within two months.
Though Reuters could not verify the changes, from leaked images of the new menu new names
of the dishes can be known. Filet-O-Fish will be called 'Fish Burger' and Chicken McNuggets
will be called 'Nuggets'.

It will be interesting to see what response the new branding receives. But company has
confirmed that the old McDonald's is going to stay in railway stations and airports.